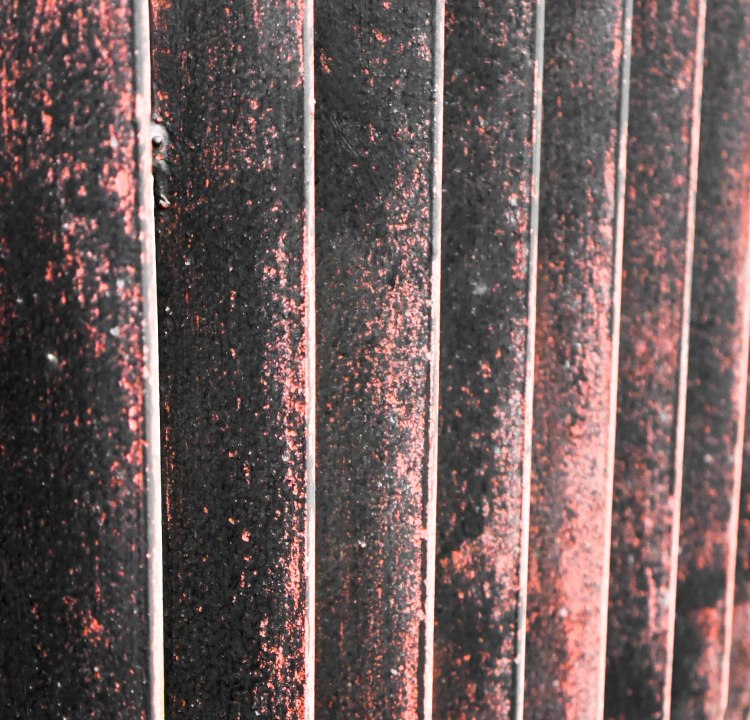 Thomas collects the needles. It is an unpopular job but is open to all. No qualifications are required or prior experience, not even a recommendation. One has simply to turn up and register at an Agency office, take to the streets and, using the bags provided, start Collecting.
The needles are everywhere, at least here in the lower levels where they are a part of the landscape. The Refuse Department is desperately under-funded and can’t cope. The Cleaners sweep up the needles, gathering and moving them to the designated areas. These, at first, had been tracts of wasteland; a part of this part of the City, but now almost anywhere that has been abandoned and deserted is used as a dumping ground. Many of these places have become so rancid and rat infested that even the hardest and most dedicated of Collectors won’t venture in.
The progress the Cleaners make is so slow as to be almost impossible to detect. In the interim they gather and pile the needles wherever they can find a space; where the pavement widens a little at the end of a street or on a busy corner for instance. Even on traffic islands or grass verges that run alongside the roads. At the communal areas on the housing estates, the needles are, of course, a constant. The Cleaners can do little more than push them into the middle until they resemble unruly bonfires that can’t be lit. The hypodermics are made from a hard plastic that won’t burn easily; it is inflammable although, if the heat can build up enough, they will melt and meld. And where this has happened strange shapes appear, grotesque sculptures with the needles protruding like the spikes of some medieval weapon.
It would be wrong to assume, simply because there are so many of them and that they can be found almost everywhere, that collecting is easy.
The main body of the hypoderms and the plungers are susceptible to being crushed when trampled on and so don’t last for long. They are easily cracked and squashed and the needles, which are delicate, get twisted and bent out of shape and are quick to rust and corrode.
The Opportunists are also a problem. They aren’t attempting to make a living from Collecting but are always alert and whenever they spot good needles they will snatch them up.
Thomas has heard that, in the mid-levels, all the users bag and return their own needles, collecting the cash for themselves. Thankfully, that hasn’t happened here. But some of the users do make an effort to dispose of their needles in a reasonably responsible way. Separating them from the rest of their trash at home, they take and dump them on one of the countless piles or heaps that are littered throughout the city.
The Opportunists often stalk a User, waiting for him or her to drop their needle and, like vultures, they will swoop in, grasping and grabbing and yet the needles that make it into the rubbish heaps they choose to ignore. Many of them are merely chancers and it is a way for them to make a little extra. If they see a good needle laying in the street why wouldn’t they, and why shouldn’t they, pick it up? But there are others who appear much more desperate and are quite obviously Users.
Thomas wishes that he didn’t feel so resentful toward them. He doesn’t want to be judgemental – after all, everyone is using, although there are levels of course, especially here in the lowest of places. But the Opportunists won’t get their hands dirty and they don’t grub and sift through the garbage because they don’t want to be mistaken for Collectors or Scavengers.

Thomas began collecting closer and closer to one of the designated areas. At first he kept to the perimeter but gradually edged his way in. The work was slow, laborious, but there were still good needles to be found and at least he didn’t have to compete with the Opportunists or with any of the other Collectors in fact.
No-one came here now, not even the Sweepers who had long since stopped using this particular site. There had once stood here a large warehouse or factory of some sort, but it had been demolished and levelled in order to create a space. Much of the debris from the original building remained. Brick rubble and broken glass and such, which made the collecting even more difficult. But Thomas was determined and started to clear a path and make his way toward the middle.
He dragged old pallets and broken packing cases from close by and shored up the sides to prevent the needles from falling in on him. Eventually he had to add a roof section, using sheets of corrugated tin. And as he pushed his way deeper and deeper into the heap he added another of these sections and yet another and another. And from this vantage point Thomas hacked at the rock face, as it were. He collected the needles in heavy hessian sacks, rather than the flimsy plastic bags provided by the Agency, placing the good needles in one and in the other those that were misshapen and blunt. And as he worked below the needles rained down from above, covering the roof until the tunnel was entirely hidden.

18 thoughts on “THE COLLECTOR”