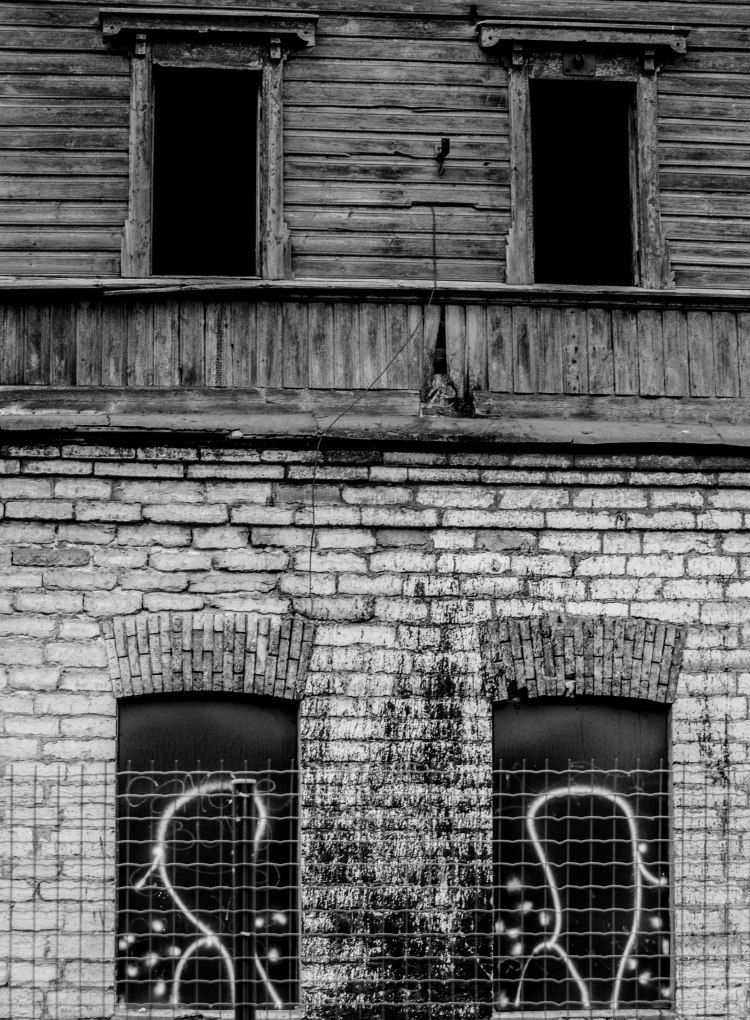 The Interloper sits in a flat on the third floor. He isn’t the tenant, he doesn’t belong. The old man who lived there died some months ago and it has remained unoccupied ever since. His belongings are still there, his furniture, and his clothes and such. And the Interloper has made himself comfortable and sits up there reading a book.

The Bystanders are gathering on the pavement below. They look up at the windows, which are easily distinguished from those of the other flats. The paint is peeling on the frames and the nets behind are brown with dirt and dust. Paperbacks are stacked on one of the cills and it is on this particular window that the Bystanders’ attention is focused. They are convinced the Interloper is sitting behind it and that he is probably reading a book snatched from this very cill.
‘How dare he?’ one of the Bystanders asks.
It is the sort of thing they have been saying all day. The type of question being spat out in a vitriolic relay that has no answer or at least not any they want to hear. But they keep on spitting anyway, the Bystanders.

The Interloper pushes himself up from the armchair. Turning, he places the book down on the seat and glances at the window. He can hear the Bystanders down on the pavement. They are getting louder, their voices rising in unison. He is tempted to cross and stand in front of it and show himself, let them get a good look. But instead he turns back toward the room. Taking a proper look at the flat for the first time. Everything is faded, the archaic pattern on the wallpaper and likewise the carpet and curtains.
He tries to imagine how the room would have looked when it was all new but he can’t conjure this particular picture, it has been too long and time has taken its toll.
Wandering through the flat he lifts one of the china ornaments from the top of a shelf. A figurine laced with fine cracks and he stops, mesmerised, tracing with his thumb this design where the dirt is ingrained.
The angry voices coming from outside jolt him back to the here and now. Replacing the figurine, the Interloper leaves the flat. He makes his way down the stairs and pushes through the fire-exit door and, standing in the car park at the back, he catches his breath.
He had intended to run, to go home, but he can still hear them on the other side of the building. He walks around the block slowly and, standing on the corner, he peers at them. Moving up on the Bystanders he is unimpressed by them. They are a rabble, loud and synchronised but a rabble nonetheless and, unnoticed, he joins them.

5 thoughts on “THE INTERLOPER”